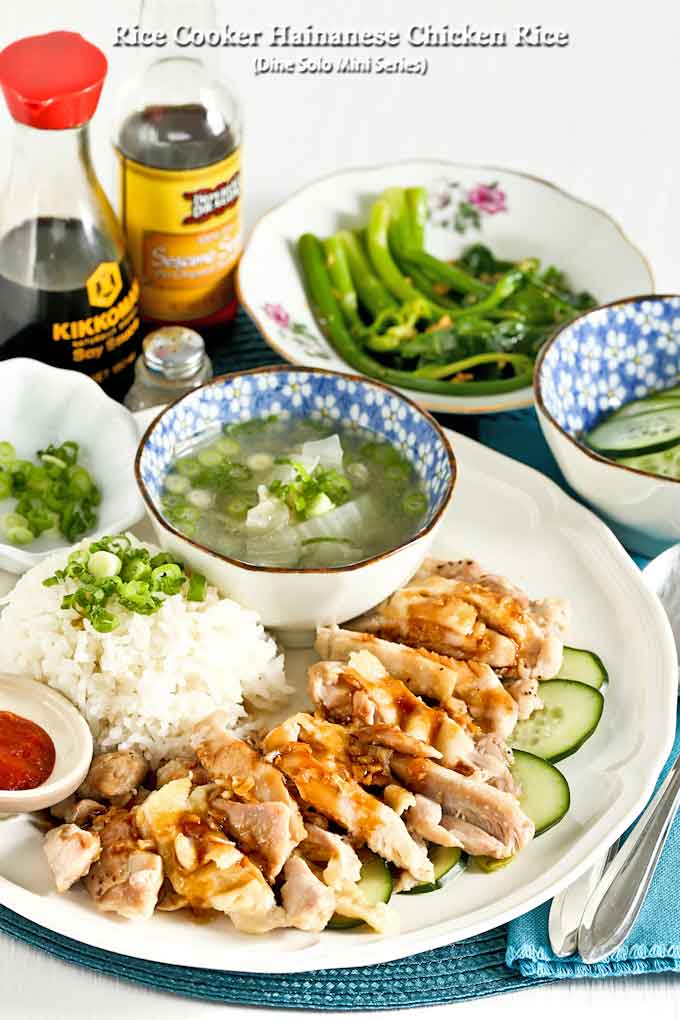 Hello, hello, It’s me Jon! It’s been over a year since I did my last post, Curry Shrimp Fried Rice. Since then, I have graduated from my Master’s program and started work. You have probably heard that we have moved house. Yes, a few major changes took place in those 15 months. Hopefully, I’ll get to appear here more frequently now that things are beginning to settle down.

By now you probably know that rice is my carbohydrate of choice even though I have lived here most of my life. Mom cooks rice most days and so I guess that is not at all surprising, right? On deciding what to share for this Mini Series, I figured that a one plate Hainanese Chicken Rice would be a good idea since there aren’t that many ingredients and they can all be easily purchased here. As such Mom decided to share her Gai Lan with Oyster Sauce to complement this Rice Cooker Hainanese Chicken Rice. It was crazy filming two videos in one afternoon. The kitchen was a mess and if you know my Mom, that is not a good thing! Thankfully though, both dishes turned out really well and we enjoyed them both for afternoon snack…YUM! 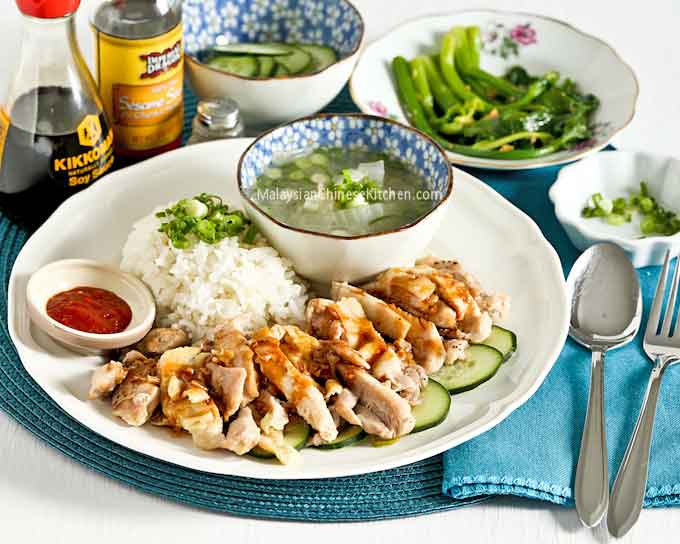 Mom and I set to work. We tried this recipe three times in getting the timing just right. The first time, the chicken was a little overcooked. We actually got the timing right the second time and so we fine tuned the rest of the preparation (i.e. garlic oyster sauce and soup) to complete just in time for the chicken and rice to finish cooking in our third attempt. As such, you should be able to cook this in around 30 minutes which is great for a single person. Please note that the bones should be removed form the chicken thighs because the cooking time in the rice cooker is very short.

If you decided to make the Gai Lan with Oyster Sauce, you can take a short cut by making a little more of the sauce for the chicken. They are essentially the same except for the ginger used in the gai lan recipe. Please give both recipes a try and let me know what you think. Hopefully, I’ll see you again soon next time. 🙂 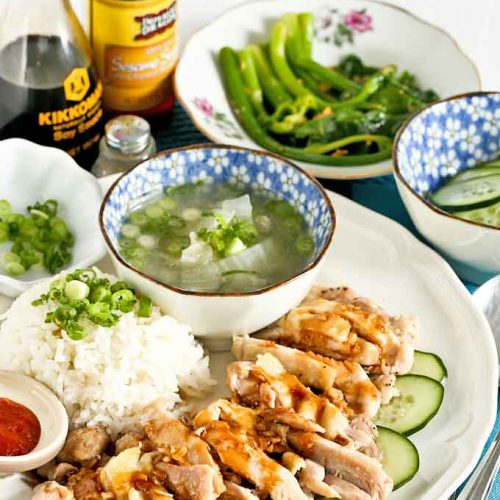 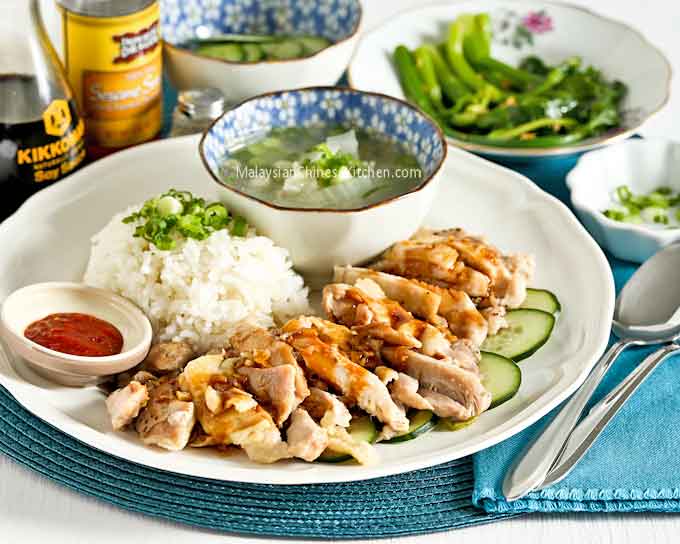 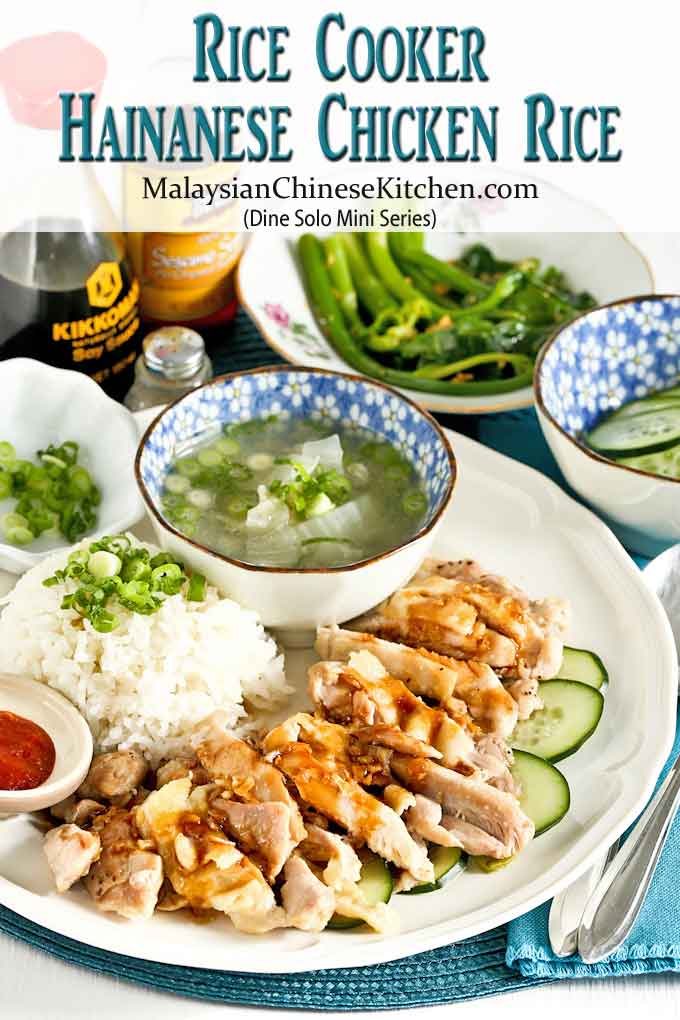 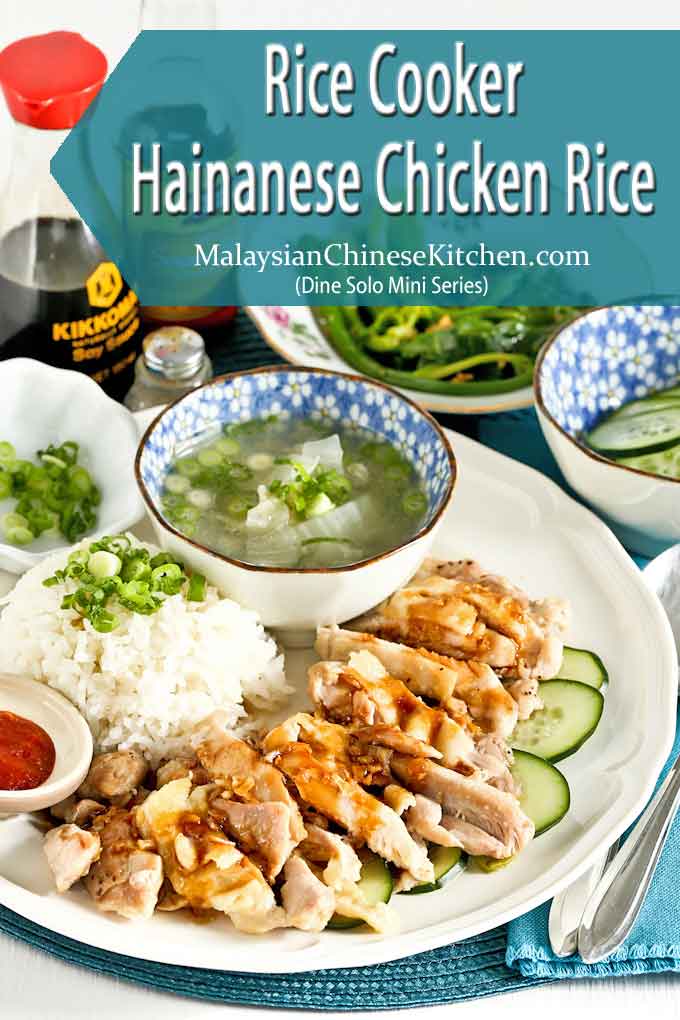 Linda is a food writer and photographer who hails from Kuala Lumpur, Malaysia. She now lives in Wyoming, USA. Her other blogs are Roti n Rice and Tea Tattler.

Previous Post: « Gai Lan (Chinese Broccoli) with Oyster Sauce
Next Post: The One and Only Sundry Shop »