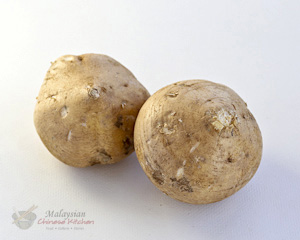 Bang kuang (sa kot/yam bean/jicama) is a tuberous root native to Mexico. The Spaniards spread its cultivation to the Philippines, and from there it went to China and other parts of Southeast Asia. It is sweet with a crisp texture and yellow papery skin. It is commonly eaten raw in salads such as Rojak and Yee Sang. It is an essential ingredient in Jiu Hu Char and Popiah. 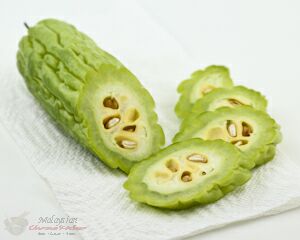 To be updated. Please check back soon. 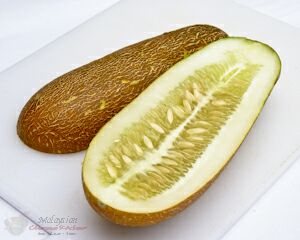 Lou Wong Kua (mature cucumber) is a variety of cucumber that turns brown when it is fully mature and past the eating stage. The skin becomes wrinkly and dry with white striations. It has a mild flavor and is used mainly in soups. Lou wong kua is widely believed to have cooling properties and is often cooked in a clear nutritious soup as an antidote to “heatiness”. 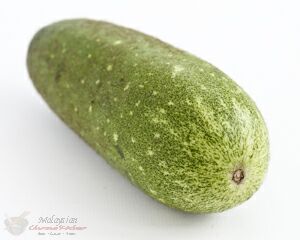 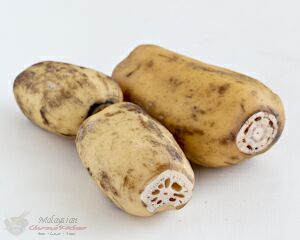 Leng Ngau (lotus root) is the root of the lotus plant found underwater. It grows in segments with hollow tubes running through each segment. Depending on the variety, it can have a light to reddish brown peel with a creamy colored flesh. The flavor is mildly sweet and the texture varies from crunchy to starchy. The thinner and lighter colored roots are crunchy while the thicker and darker colored roots tend to be starchy. Often used in soups and stir fries. 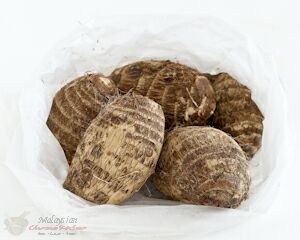