Tang Chek Memories – bittersweet recollections of Winter Solstice Festival from childhood and the significance of Kuih Ee in the Chinese culture. 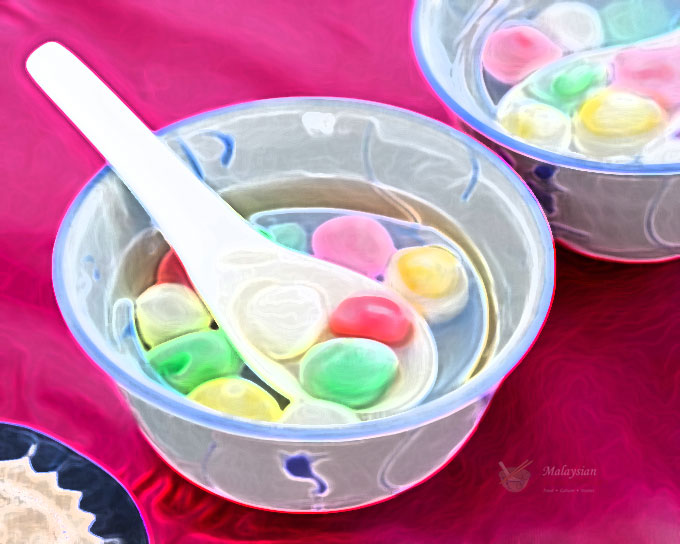 “Are you going home early today?”, my colleague asked me. I was so deep in project work that for a while I looked up, puzzled . “过冬快乐!”, he exclaimed in Cantonese (rough translation: It’s the (Winter Solstice Festival) today). It was the first year that my wife and I were living on our own away from our parents and I had totally forgotten about the family reunion dinner. A quick call to Linda confirmed that we were going over to her parents’ place for dinner that evening. She did remind me to get home early from work but in typical guy fashion, I must not have been listening when I left the house.

The Winter Solstice Festival (冬至) is celebrated by ethnic Chinese almost everywhere around the world during December 21st or so. In the Southern Chinese tradition, it was a time to honor the ancestors and have a family reunion dinner. In Hokkien, we called the festival Tang Chek (冬节). In the old days Mom would work up a frenzy cooking food for ancestral offerings normally comprising of a whole boiled chicken (similar to Hanainese Chicken, Jiu Hu Char (Stir Fry Jicama with Cuttlefish), sweet sticky rice pudding, and other stuff that I cannot quite remember anymore. The ancestral ceremonial urns were brought out to the front of the house, with all the food offerings arrayed.

Like the Chinese New Year celebrations that I have written about in the past, Tang Chek is pretty stressful for Mom. She would have been cooking from early in the morning, plus she wanted the kids to be at their best behavior. While the girls were co-opted to help in the kitchen, we boys had nothing to do. Since December was the time for our year-end school break, all I wanted to do was to be out and about with my friends playing in the yard. However Mom wanted us to be at home so that she wouldn’t have to search half the neighborhood when THE TIME came. This waiting around was simply too much for an eight-year old.

When THE TIME arrived to pay homage to the ancestors, I blurted out something inappropriate like “I am praying to your rear!” to my sister in front of me. If looks could kill, the infuriated glare from Mom would have been two red hot Superman eye lasers. I knew I was in for it once the ceremony was over, like that boiled chicken in the large oval Ban Siew plate over there. All I could think of after that was how to make my escape out of the house and running into the neighbor’s yard. The rest, as they say, is family history.

The one thing that I did enjoy about Tang Chek was the evening sitting on the kitchen floor with the rest of the family making glutinous rice flour balls or Ee in Hokkien. The ritual was called “So Ee” or “rolling balls”. A large woven bamboo tray (Tua Kar Lo in Hokkien) was placed in the middle as we sat around it and each one got a little stick of kneaded rice flour dough. Taking a small dollop of dough, we had to roll it between our palms to make into a ball that was then placed on the tray. As we made the balls, Mom would say things like “Chit Keh Ee Ee” (一家圆圆) meaning “one family together” since the phrase was a pun on the word “Ee” for glutinous flour balls. Fun stuff. As long as I keep my mouth shut. 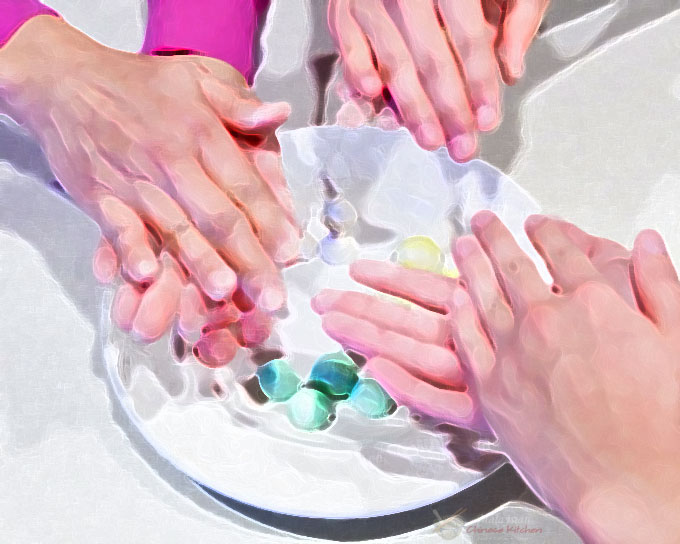 After all the dough had been rolled, Mom would cook them the next morning to make this sweet dessert Kuih Ee or Tangyuan (汤圆 ). I enjoyed looking at the colorful balls (white, red, green, and yellow) swirling in the syrup. When it came to taste, I much prefer the smaller ones as they were easy to eat while the larger ones were a bit chewy. When I was in high school, there was another tradition surrounding Ee that was a little nerve-wracking for me. To predict how many distinctions (or A grade) I would achieve in the O Levels exams, Mom would take a large white Ee in the morning and roasted it on a hot plate. The number of burn circles was supposed to correlate to the number of distinctions. She was pretty pleased with the number of burn marks and that made me happy too.

One night in 1981, I came home from evening basketball practice at the youth club and saw my Mom sitting at the kitchen with a small bamboo tray. By then all the kids had left home I was the only one left. She was waiting for me to get home. I will always remember this scene for as long as I live. She said the same words, “Chit Keh Ee Ee” although there were only the two of us. We slowly rolled the dough together, and as we did so, she made one big yellow one and said, “This is for your elder brother…”, another white one, “…for your eldest sister…”, and so on. There were tears in her eyes because she knew I was going to leave soon too. That was the last time I had Kuih Ee in our childhood home.