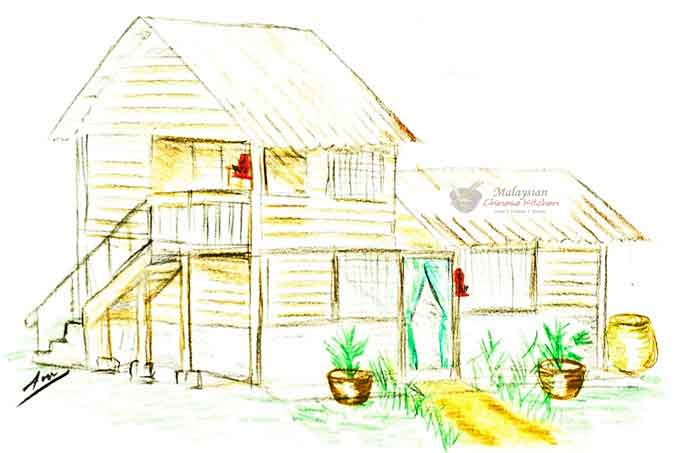 Not all childhood memories are happy. Some are a mixed bag of sadness, delight, and other things that should not be in the same place, and yet they are. My grandfather’s house (or Ah Kong as we called him, 阿公) and memories of him occupy such a space in my mind. My parents, especially Mom had a very troubled relationship with her in-laws. For a while, Dad did not allow us to come into contact with Ah Kong. Until I was 9, I only knew my maternal extended family and they all lived in George Town. Ah Kong lived alone in a village house far away from the city.

We started visiting Ah Kong’s House on a regular basis after my paternal grandmother passed away in 1973. It was a culture shock for me. Unlike the English-educated Peranakan relatives I was used to, Ah Kong and my paternal aunts and uncle were Sinkeh (or new arrivals from China) who spoke only Hokkien and Mandarin. Most of the time, my brother and I would accompany Dad to Ah Kong’s House. Mom would rather be at her sisters’ places. The latter option was really not that much better for her, but I guess blood is thicker than water.

Ah Kong lived in a Chinese village perched along the opposite slope of the same hill that the famous Kek Lok Si monastery and temple complex is nestled in. By contrast to the famous hillside that adorns many tourist brochure, Hoi An village was a collection of closely spaced wooden houses surrounded by banana groves and rambutan trees.

The village road was barely wide enough for just one car. It joins to Paya Terubong Road and goes straight up the side of the hill in a pretty steep incline. To get to Ah Kong’s House, one takes a particular path that branched off from the steep, straight road, past several neighbors’ houses before cutting between two houses to get to Ah Kong‘s front door.

A House Partially Built on Stilts

The house itself was what we called pua phu kah lao or a house partially built on stilts. The wood and cement house comprised of two sections. The main one was actually the original house built on stilts or columns. The single storey annex attached to that structure housed the kitchen, bath space, and toilet. There was a staircase leading to the upper floor. The owners of the house later built walls and windows around the stilts of the main house. Thus, enclosing the area under the upper floor to form a living space. This last room on the ground leads directly to the annex. It was this ground floor room that Ah Kong was renting, with shared use of the annex with the people living upstairs.

Occasionally we would run into our male cousins, Ah Ghee and Ching Yik at Ah Kong’s House. Both of them were Chinese-educated, while we were English-educated but we shared the same mother tongue in Hokkien. Our play was mainly just chasing each other with sticks, running along the village path. We had to be careful not to trample the vegetables and bushes that the other villagers grew. People were especially protective of their sugar cane groves. The Hokkien people harvest them once a year for worship to the God of Heaven on the 9th Day of the Spring Festival. 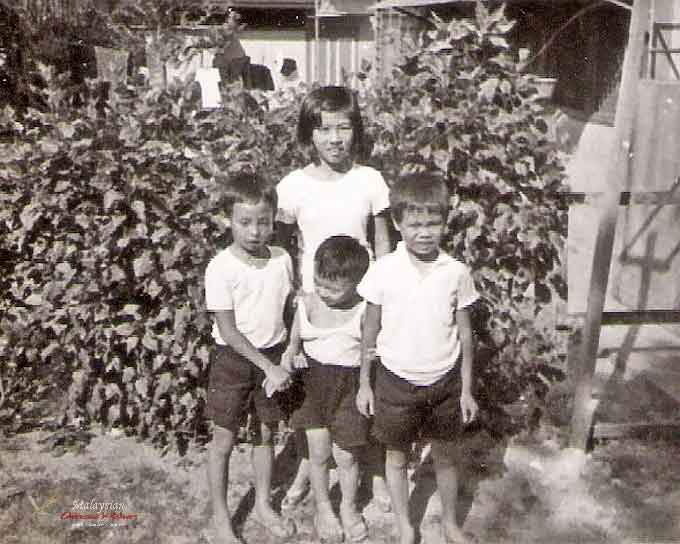 Streams in the neighborhood

There were several clear streams that ran around the periphery of that village. One stream had a particular hollow that was fun for us to wade in and see fishes. In the nearby bushes, quail chicks formed little fuzzy clusters. They would scatter when we approached them. Even to this day, I often think and dream of that cool clear mountain stream running into that hollow. Since I wanted so much to run away to that stream to play, Ah Kong used to call me “The Cat” which was Hokkien vernacular for a disobedient kid. I mistook it for the fact that cats were drawn to fish and quail chicks! 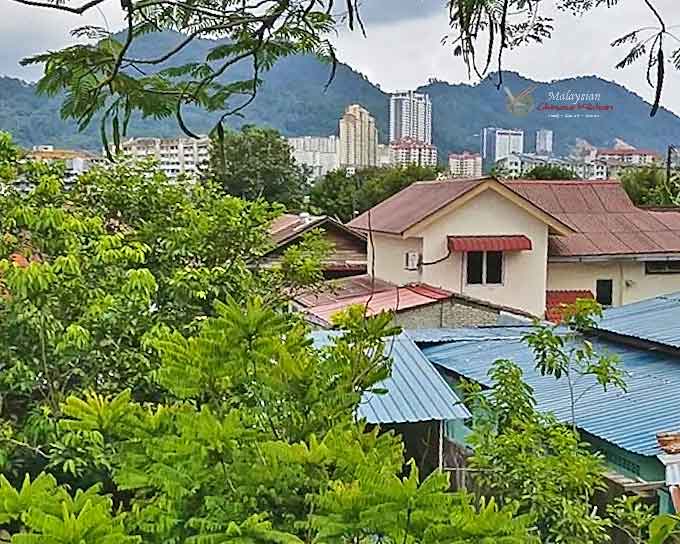 As the 1970’s drew to a close, Ah Kong grew blind and could no longer live alone. After he was moved to live with my 3rd Aunt, we did not go to Hoi An village anymore. Even so, the place was forever etched in my memory of idyllic rural life. Who cares about adult quarrels anyway? Over the years, I imagined that the village and slope on which it sits would have fallen victim to the development of hillside apartments. On my recent trip back to Penang I asked a good friend to take me there. To my delight, the place was exactly as I had last seen it in 1978! And I have the pictures to prove it! 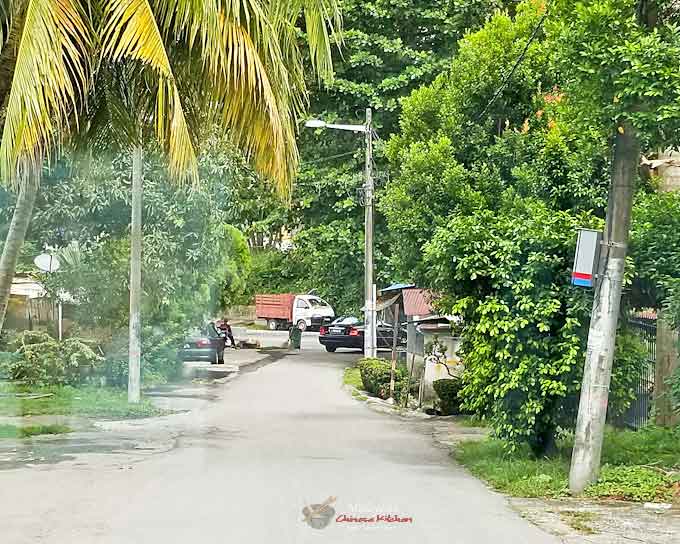