A New Year’s Tale – a 70-year old story about one Penang girl’s love and loss framed in the turmoil of post World War 2 events. 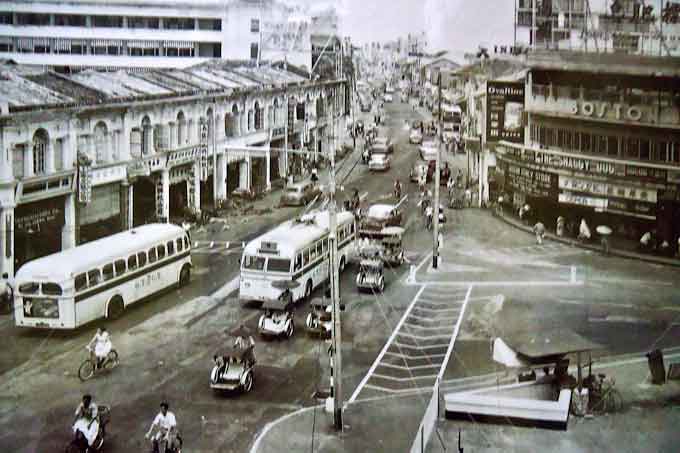 Photo of Penang, circa 1950s from Wikimedia Commons

My Mom related this story in bits and pieces to me many years ago about someone she once knew. It is a bittersweet New Year’s Tale from a long time ago.

The year was 1948. The place was George Town, Penang recently back under British re-occupation. Lian (not her real name) was eighteen and in her final term in middle school in the Penang Chinese Convent (now Dato Keramat Convent). It was a transitional time for Lian and her peers. They had stopped their schooling during the four years of Japanese occupation and only rejoined school in 1946. That meant squeezing in 2 years of middle school. In the pre-war years, someone her age from a respectable Baba Peranakan family would already have been married but these were strange times.

Life in Penang for Lian After World War 2

In the wake of World War 2, even The Straits Settlements of which Penang was part of was awash with new ideas. Many young people no longer wanted to settle for British re-colonization after the humiliating defeats that Japan meted out on the latter. In her final year of school, Lian had a Chinese language teacher from Shanghai who wove in lessons of the struggle of the common people against oppressive rich overlords. Soon many of his young students, including Lian related these stories to their own years of loss and oppression by both the Japanese and the British. They were the perfect candidates for the Communists to spy on the British authorities as the schoolgirls were bi-lingual and above suspicion.

Anticipating the end of her schooling, Lian enrolled in a typist’s course in Carnavon Street. There weren’t many jobs available for young women in those days but clerical jobs were open as there were insufficient young men to fill the positions. It was during one of her classes that she met Graham (not his real name). Graham was a tall, strapping Scotsman working for the Special Branch at the Police Headquarters in Dickens Street. He had come to that evening class to provide dictation exercise for the students since they had to get used to taking notes while listening to a native English-speaker.

Graham took notice of Lian as she had very good command of the English language. There was also something else. She was intelligent and feisty. Did he suspect that she had Communist sympathies learnt at school? We will never know. When he asked to see her one day after class, Lian was flustered. All she had known was her strict Nyonya upbringing, and nothing in her life prepared her for meeting Graham. He surprised her by speaking in fluent Cantonese, a language that she knew although her home dialect was Teochew. Graham had been stationed in Hong Kong in the previous two years and knew Chinese ways very well. 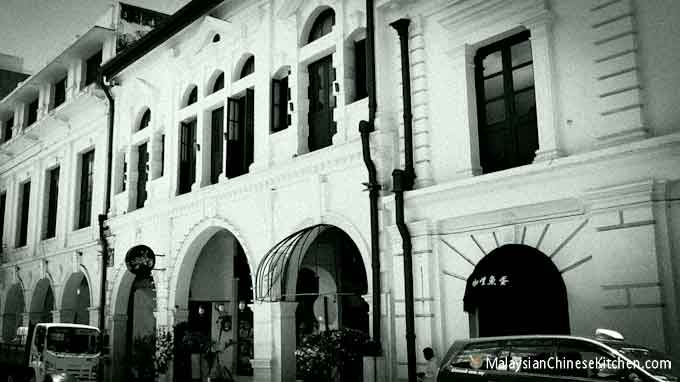 Facade of the former Whiteaways on Bishop Street.

Graham introduced her to a totally foreign world in colonial George Town, right at her own doorstep. In those days, the European quarter was a mystery to the locals. He took her shopping at the arcades of Whiteaways with their window displays of western style fashions, enjoyed chocolates from Europe, and western big band and swing music. They dined at European-style restaurants along the upper reaches of Penang Road with new foods that she could not have imagined at her parents’ home. And most of all she loved dancing the foxtrot and waltz at the Shanghai Hotel situated at the intersection of Gurney Drive and Kelawai Road (the site of PG1 today). The romance lasted for more than a year. 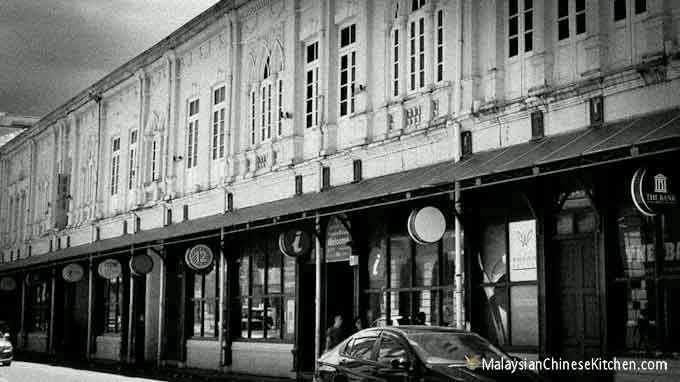 Her relationship with Graham drove a wedge between this high-spirited teenager and her conservative family. It made her ineligible for an arranged marriage with another baba family as she was “spoiled” in their eyes. Her schoolmistress, Sister Rose cautioned her about her seeing this man as it would be a “disgrace to the convent”. Her Shanghai school master pestered her to spy on Graham for the Communist insurgency. She did not realize that they were both breaking social and political taboos by simply being together. The whole situation was a shock to her. 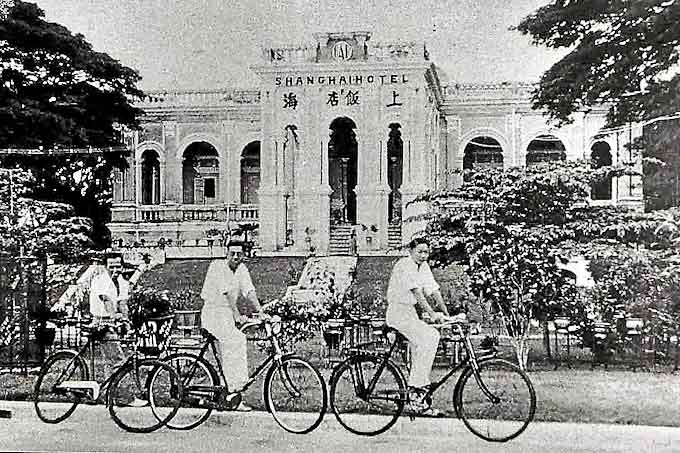 Graham told her that he loved her and wanted to bring her back to Britain to be his bride. He had confessed that he had other girlfriends before, but that she was special to him. For Lian, this was a double blessing of joy with the man she loved and an escape from the deprivations of post-war Malaya. They agreed to meet at the Shanghai Hotel on New Year’s Eve 1949. Graham had reportedly gone to de Silva’s Jewelers in Bishop Street looking for a ring. She had a special gown made by a local tailor based on a copy of The Sears Catalog.

But he never turned up.

He was shipped out the next week and they never saw each other again. Her school master was arrested that same week for Communist activities and deported to China. Did he use her to get information that resulted in that arrest? Was he punished for having an affair with a “native”? We may never know.

I had often thought of how closely this story paralleled the lyrics of Frankie Laine’s 1951 hit, “Rose, Rose, I love you”, especially the verse “Flower of Malaya, I cannot stay…”. Wilfrid Thomas brought back the song and lyrics to Britain after his time covering the war in Malaya between 1949 and 1951. I am sure he knew of many “Grahams”.